Motilal Shastriji explains in his Vigyānbhāshyaṁ of the Shatpath Brahṁaṇā that as we look outwards from the Earth and talk to each other our view is termed bhūgolik or earth-centric and our speech is called Wāk. If we look from the heavens downwards, filtering the cacophony, we hear the natural sounds or what is called Dhwani or music. And this view is termed Khagolik. Thus Vāṇi is the ‘words that are sung’ and it is both Wāk and Dhwani put together. It is the Divine song.

The svars besides sound also contribute the measure of time, called mātrā, to the Wāk. A mātrā is ‘a prosodical unit of one instant’. Phonetically the Svars are of three types viz. short vowels or hrasva, – single meter; long vowels ordīrgha – dual meter and prolongated vowels or pluta of three stops. There are seven short vowels and with the dīrgha added, as we have seen earlier, they are thirteen in number. With the longer, three mātrā pluta versions of the vowels, the count goes up to twenty two.[38]

The consonants combined with these metered vowels give a rhythmic, chanting pattern called the mantrās and these rhythms have seven basic structures called chhands. Now, interestingly the basic count for the number of syllables in these chhands varies from 24 to 48 increasing in steps of 4. These are gayatri (24), ushṇik (28), anushtup (32), brihati (36), pankti (40), trishtup (44) and jagati (48). Pt. Motilal Shastriji has explained these in terms of how the Earth revolves around the Sun.[39] The Earth has a 24o (23.5o to be precise) tilt in its orbit. To us, therefore, the Sun appears to move from above the tropic of Capricorn to above the tropic of Cancer by an angle of 48o approx. in its annual swing. It is this degree of change that the Vedic chhands are attuned to and this is further underlined by the fact that the middle chhand is called brihati (36), meaning ‘the largest’ even though it is in the centre. This is because the Sun is the brightest at the Equator, in-between the two tropics.

The Vedic shlökas composed in various chhands are also called shrutīs. These shrutīs are said to have descended as direct knowledge into the heightened senses of the rishīs while they meditated upon the mysteries of the Universe. These mantrās have a cadence and they are accented. When a syllable is stressed it is called udātta , literally meaning acute or high. Then there is anudātta, which is neither high nor low, it is grave or middle. The latter is indicated in old Vedic texts by a line below the syllable. The last is svarita , which is low. This is marked by a vertical line over the syllable in the Vedās and Brāhmaṇās. These accents lead us to the musical notes of Dhwani. 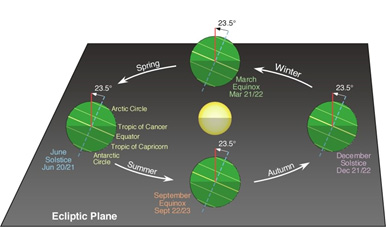 The seven ‘lights’ in the sky are the Sun, Moon and the five planets visible to the naked eye. This symmetry is reflected into the Dhwani or music. The primary seven notes are sā, re, gā, mā pā, dhā, ni [40] which are also called svars or ‘the shining gold’, just like the vowels of the Mātrikā Chakra letters. If we take the first four notes we get the word Sargama or the name for the musical scale in the Indian classical system. It is these seven svars that bring about the accent in the chhands – ga and ni are udātta; re and dhā are anudātta and sā, mā, pā are svarita. Thus, when the mantrās are chanted, it is these musical notes that are followed.

Spaced between these seven notes are four semi-tones or komal-svars viz. for re , gā , dhā and ni ; and only one acute-tone or tīvra-svar viz. for mā. The latter, like the chhand called brihati is in the centre of the scale. Added to the pure seven notes the count now becomes twelve and this again reflects the symmetry of the sun-signs.

Here too there are twenty two shrutīs.[41] In terms of music, shruti means the smallest discernible interval of pure sound. These shrutīs can be played on the dhruva veenā, an instrument with twenty two strings, but they are too many shrutīs to sing through the kanṭaḥ or the throat. Thus, all the present day rāgas are based on the selection of seven, six or five notes out of the twelve svars but largely based on the twenty two shrutīs ; each of the svars is constituted of two or three shrutīs. Thus there are thousands of rāgas, each having its own time of singing during the day or night and there are also seasonal rāgas. You are also allowed to go up the scale in one rāga and come down the scale in another. Thus an adept singer can synthesize this movement beautifully in a rendering. And this is called the āröha and the avaröha respectively.

The beginning and end note of all rāgas is called sam meaning uniform and this fundamental note at present is the shadaj or ‘sa’.

Interestingly of these twenty two shrutīs in the Indian music system, only one name röhinī is common with the names of the lunar constellations[42]. For the musical notes this name is in the division of the musical note dhaivat and is five shrutīs prior to shadaj. For the lunar constellations, röhinī is in Taurus and it was the vernal or spring equinox five to six thousand years back. (At present, the vernal equinox is in Pisces and will be moving into Aquarius around 2600 AD).This shift is due to the precession of the Earth in its orbit around the Sun and this circling takes about 26000 years to complete. Thus approx. every 1000 years the zodiac shifts by one lunar-sign. (It takes approx. 2200 years to shift by one Sun-sign). In Indian classical music the fundamental note too is shifted accordingly. Six thousand years earlier the fundamental note was five shrutīs earlier in dhaivat. In fact the name ‘shadaj’ itself means ‘born of the sixth’ [43]. Thus every 1000 years or so, the traditional vocal music gharānās or families are to correct the fundamental note of the rāgas by one shrutī to compensate for the precession of the Earth. This is another amazing terrestrial rhythm programmed into the Dhwani system thus finely attuning it to our daily life.