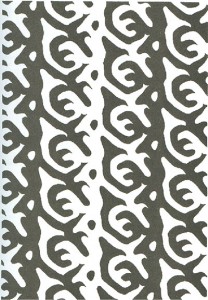 I applaud the Indian Institute of Advanced Study at this initiative of chikitsa in our present day education systems. The timing is very correct since our dependence on the Western system that we inherited from the British has run its full course. This very West today is tiring with its technologies and fragmented areas of specializations, looking seriously towards the East for alternative, holistic systems of knowledge. This is best summarized in a recent Time magazine[1] special issue article “Your Mind Your Body” – I quote, –

‘If you close your eyes and think about it for a while, as philosophers have done for centuries, the world of the mind seems very different from the one inhabited by our bodies. The psychic space inside our heads is infinite and ethereal; it seems obvious that it must be made of different stuff than all the other organs. Cut into the body, and blood pours forth. But slice into the brain, and thoughts and emotions don’t spill out onto the operating table. Love and anger can’t be collected in a test tube to be weighed and measured.’

René Descartes, the great 17th century French mathematician and philosopher, enshrined this metaphysical divide in what came to be known in Western philosophy as mind-body dualism. Many Eastern mystical traditions, contemplating the same inner space, have come to the opposite conclusion. They teach that the mind and body belong to an indivisible continuum.

In the past, doctors and scientists have tended to dismiss that view as bunk, but the more they learn about the inner workings of the mind, the more they realize that in this regard at least, the mystics are right and Descartes was dead wrong.”

◊       But this is exactly what Lord Krishna explains to Arjun in Gita 7.2 [2] thousands of years ago……..that both the internal and the external domains of knowledge are important to reach Me the Ultimate reality…..

I shall teach you in full this (self) realization combined with the (external) knowledge, which being known, nothing more here remains to be known.

Ramanuja interprets [3] this more closely and explains that – “jñāna is knowledge of (Me) the Universal Truth whereas vijñāna is the study of Myself in multitudinous distinctive forms that this Truth disperses into – both animate and inanimate”. In other words jñāna is meditative and draws towards the underlying Oneness of all things while, vijñāna is external – it measures, dissects, analyses. As the aspirant or sādhak painstakingly collects the knowledge of smaller truths step by step, he reverses this dispersal in his own consciousness, tending towards pragyānam Brahman [4] or the Ultimate Truth paradoxically the Unknown.

The Sanskrit word for truth is satyam which S. Radhakrishnan [5] explains as follows ….

The Brhad-āranyaka Upanishad (V.5.1) argues that satyam consists of three syllables, sa , ti , yam , the first and the last being real and the second unreal, madhyato anrtam. The fleeting is enclosed on both sides by an eternity which is real….

So the entire educational process should chip away at this ephemeral ti and lead the student to samyam ( saMyama ) or equipoise.[6]

◊       This synthesis of “Gyān-Vigyān” started in the West with the need to modify Classical Mechanics in the 1920’s …The scientific dilemma of this time has been[7] precisely outlined by P.A.M. Dirac in the introduction of his text book on Quantum Mechanics….

“The necessity to depart from classical ideas when one wishes to account for the ultimate structure of matter may be seen, not only from experimentally established facts, but also from general philosophical grounds. In a classical explanation of the constitution of matter, one would assume it to be made up of a large number of small parts and one would postulate laws for the behavior of these parts, from which the laws of matter in bulk could be deduced. This would not complete the explanation, however, since the question of the structure and stability of the smaller parts is left untouched. To go into this question, it becomes necessary to postulate that each constituent part is itself made up of smaller parts, in terms of which its behavior is to be explained. There is clearly no end to this procedure, so that one can never arrive at the ultimate structure of matter on these lines. So long as big and small are merely relative concepts, it is no help to explain the big in terms of the small.

At this stage it becomes important to remember that science is concerned only with observable things and that we can observe an object only by letting it interact with some outside influence……..The concepts of big and small are then purely relative and refer to the gentleness of our means of observation as well as to the object being described. In order to give an absolute meaning to size, such as is required for any theory of the ultimate structure of matter, we have to assume that there is a limit to the fineness of our powers of observation – a limit which is inherent in the nature of things and can never be surpassed by improved technique or increased skill on the part of the scientist…”

But the Gyān of the Upanishads starts at this point and Brihad-āranyaka Up. III.8.8 says of Brahman , the Ultimate that cannot be known…

He said; ‘That, O Gārgi, the knowers of Brahman, call it the Imperishable. It is neither gross nor fine, neither short nor long, neither glowing red (like fire) nor adhesive (like water), (It is) neither shadow nor darkness, neither air nor space, unattached, without taste, without smell, without eyes, without ears, without voice, without mind, without measure, having no within and no without. It eats nothing and no one eats it. [8]