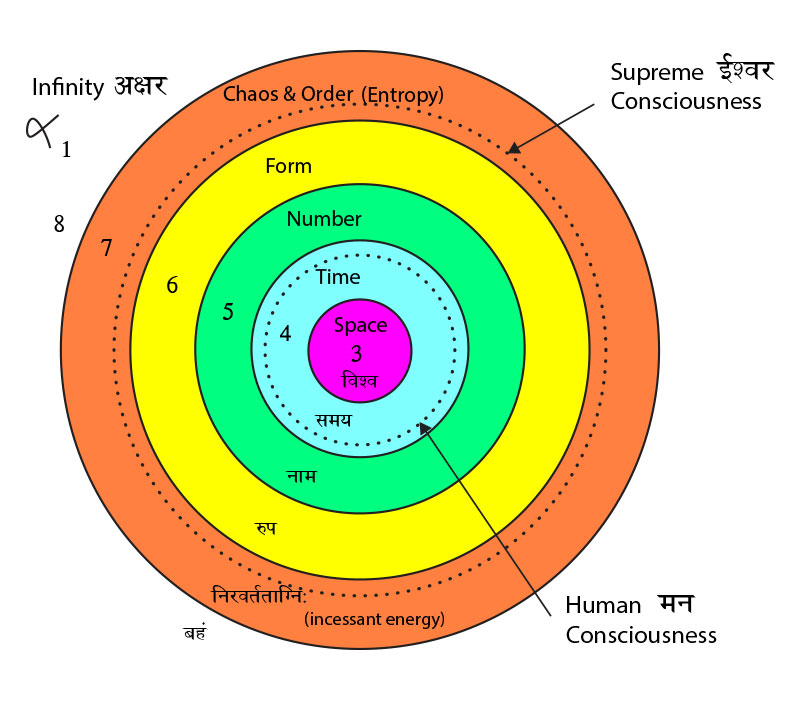 The western study of consciousness has progressed very rapidly in the last century but it is still stuck in the mould of mind – body dualism. This is best brought out in the words of a recent Time magazine quote [1]….

“If you close your eyes and think about it for a while, as philosophers have done for centuries, the world of the mind seems very different from the one inhabited by our bodies. The psychic space inside our heads is infinite and ethereal; it seems obvious that it must be made of different stuff than all the other organs. Cut into the body, and blood pours forth. But slice into the brain, and thoughts and emotions don’t spill out onto the operating table. Love and anger can’t be collected in a test tube to be weighed and measured.

René Descartes, the great 17th century French mathematician and philosopher, enshrined this metaphysical divide in what came to be known in Western philosophy as mind-body dualism. Many Eastern mystical traditions, contemplating the same inner space, have come to the opposite conclusion. They teach that the mind and body belong to an indivisible continuum.”

What constitutes this ‘indivisible continuum’ ? We are going to look at this in terms of the Vedas in this paper. As we will see, this leads us to the larger picture of consciousness as it is presented in the east and we will compare this with the western contemporary concepts of Multiple Universes or Multiverses and the theory of Infinities. Both these western scientific developments that have emerged in the last century also push the mind towards the ‘Big picture’.