and also by the fact that kham means zero, śūnya in all ancient mathematical references. This also leads us to the concept of vacuum or space meaning ākāśa.

If we look at the Earth as shown in Fig. 2 we realize the entire life is restricted to a thin crust of about 30 Km thick on the surface plus few kilometers up in the air. As we look at this we can feel its ‘Mother nature’ ; the Gaia Hypothesis of James Lovelock seems so true that this prithivi purush itself is alive ; not only that it supports other forms of life. 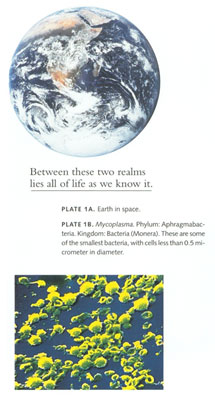 The Nirukta [48] (2.8) first relates the root ( maa ) √ma to mātā which means “the atmosphere” encircling the earth. This also means the “mother’s womb” in it the ātmā : soul takes shape and form and is born in this world. Just like the womb encloses the child and protects it, similarly the

Aug 11, 2001
by admin
0 Comments
Another important point that emerges is that māyā is not an illusion but a delusion. We can overcome an illusion by outward knowledge e.g. the cause of a mirage or the...